This week, as parts of the UK population sweltered in weather more typical of the Mediterranean coast, London’s Heathrow Airport was amongst the record-breaking hottest places in the UK with an air temperature of 40.2°C. However, air temperature was not the only record to be broken at Heathrow, as the very latest official UK satellite data for Land Surface Temperature (LST) showed UK surfaces reached 48°C for the first time.

LST is the temperature that a surface reaches, which can be well above the air temperature, and is critical for tarmac, buildings, grasslands and woodlands. LST also shows greater spatial detail than air temperature measurements as shown by the latest LST maps.

On the 18th and 19th July 2022, National Centre for Earth Observation (NCEO) scientists mapped land surface temperature across the UK, using satellite data, to record new record highs of 48°C. Using advanced data-filtering techniques, they have also identified that the ‘airports’ of Heathrow and RAF Lakenheath are the joint holders of this new record. 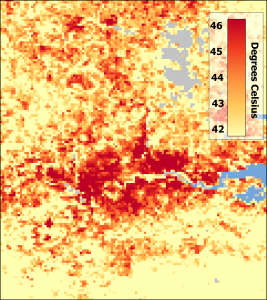 Map 1 Cities such as London are described as urban ‘heat islands’; they occur because of the increased concentration of concrete, buildings and other dense materials that absorb and retain heat at a higher rate than the surrounding natural land cover.It is perhaps no surprise to learn that 48°C LST was also recorded in some of the other London Boroughs. Recent, first-hand evidence from residents of west and north London shows how urban heat islands, which lack shade and or green spaces, can be put under heat stress during heatwaves. 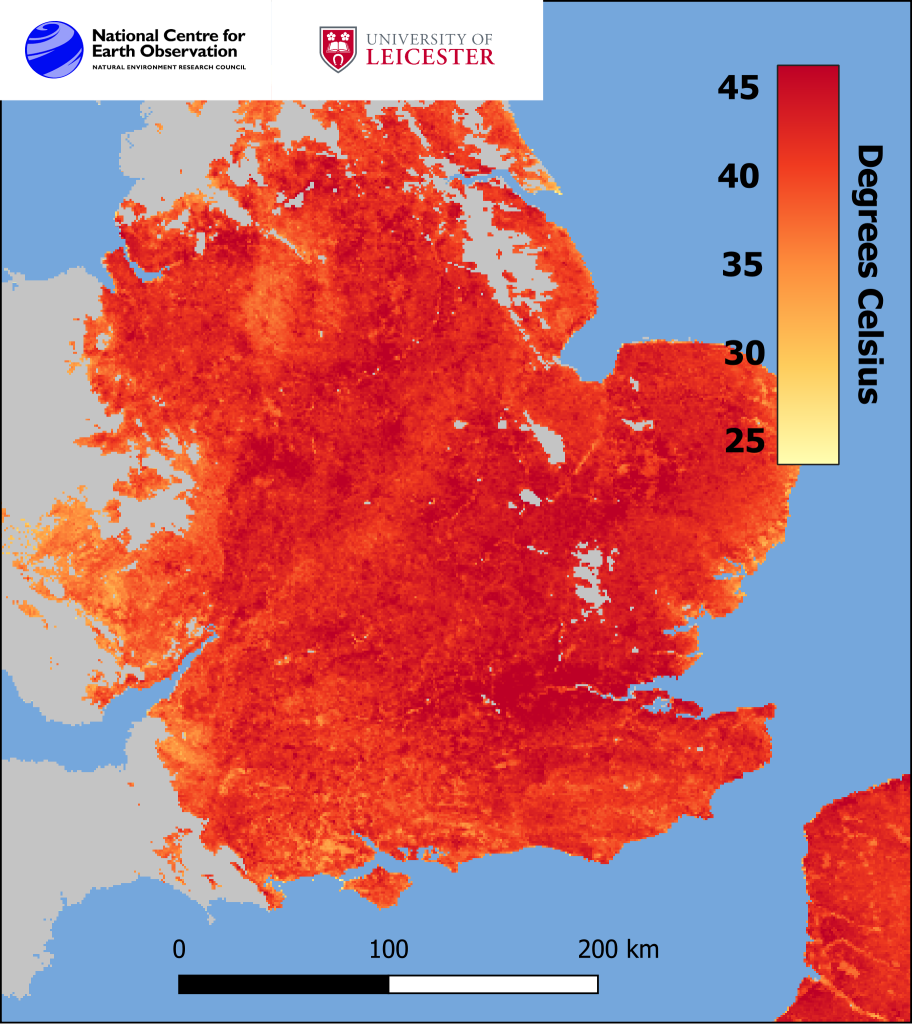 Map 2 shows the temperature of the UK’s land surface, at 11.00 on Tuesday 19 July, as observed by a pair of Sentinel-3 satellites using Sea and Land Surface Temperature Radiometer (SLSTR). Data is absent from the grey areas due to cloud cover. Sentinel-3 is operated by the European Space Agency (ESA). 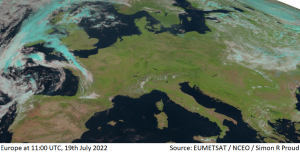 Map 3 shows clear skies for most of Europe on 19th July 2022, seen by EUMETSAT’s Meteosat-11 satellite. A line of thunderstorms, shown in blue, is moving over north-west France and Cornwall.

Land surface temperature is a separate measure to ambient air temperature, but the two are fundamentally linked. The heat rising off Earth’s landscapes influences and is influenced by, our world’s weather and climate patterns. Improved land surface temperature monitoring at field and city scale of UK heat waves can better facilitate the understanding of climate change and thus to inform planning and ‘climate-adaptive’ policies to deal with extreme events, such as heatwaves. Such data provide evidence to decision-makers at the national and local level to address issues of heat risk, vulnerability, urbanisation and understanding of the natural environment, such as Green Space assessment.

Dr Darren Ghent, NCEO Leader and Research Fellow for Land Surface Temperature said:
“Space-based observations of the temperature of the surface of the land offer unparalleled knowledge of the spatial structure of these heatwave events.”

UK scientists have been working on LST of the UK for over 15 years from European and American satellite datasets stretching back 28 years with data from the early ATSR missions, led by the UK, through to the operational Sentinel missions. 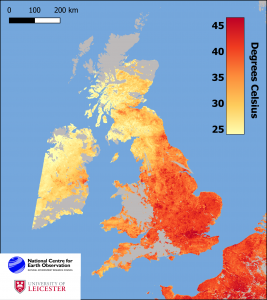 Map 4 shows the temperature of the UK’s land surface, at 10.20 on Monday 18 July, as observed by SLSTR. The highest LST was recorded at RAF Lakenheath, Suffolk, reaching 48°C. The map shows the hottest land surface temperatures focused around the ‘heat islands’ of London and other major towns and cities in both south-east England and the Midlands. Data is absent from the grey areas due to cloud cover.

How can urban heat islands adapt to climate change?

NCEO are working with the Ordnance Survey in a new partnership to monitor and map heat in locations at greatest risk of climate change in project backed the UK Space Agency. The project aims to provide meaningful insights for policy-makers to manage the impacts of climate change in hot spots across the UK and beyond. The Earth observation data used in the pilot project will indicate extreme events and locations that may show greater risk to human health, such as cities where heat stress is a particular concern.