The project is a collaboration between the National Centre for Earth Observation (NCEO) and Ordnance Survey (OS), which will provide meaningful insights for policy-makers to manage the impacts of climate change in hot spots across the UK and beyond.

Using NCEO land surface temperature data derived from thermal infra-red sensors in space, OS will then help customers understand and identify how the data can be applied effectively.

The latest UK climate projections show a hot summer like 2018 is likely to occur every other year by 2050, by which time the number of heat-related deaths could more than triple from today’s level in the absence of additional adaptation; from around 2000 per year to around 7000.

As many as 1.2 billion people around the world could face heat stress conditions by 2100 if current levels of global warming continue.

The Earth observation data used in the pilot will indicate extreme events and locations that may show greater risk to human health, such as cities where heat stress is a particular concern. By providing easier and better access to insightful evidence through the pilot and through working with the Office for National Statistics, the UK public sector will be able to tackle climate change more effectively with accurate geo data from space.

“The UK is leading the way in using space to monitor, understand and tackle climate change. This project will provide decision-makers with vital information to help deal with the effects of climate change and improve lives around the world.”

“By working collaboratively with the UK Space Agency and leading scientists, OS will use its mapping capabilities to identify areas at greatest risk from global warming using satellite data. The outcome will be to share the learnings from accessing the Earth observation data so that governments and businesses in the UK and globally, have the meaningful insights and evidence to support resilience and adaption plans in relation to the climate crisis.”

Dr Darren Ghent, a National Centre for Earth Observation scientist at the University of Leicester, said:

“Satellite observations of land surface temperatures, and their change, are increasingly recognised as being able to provide unique and detailed knowledge to better facilitate the understanding of climate change and thus to inform planning and ‘climate-adaptive’ policies to deal with extreme events, such as heatwaves.”

Did you know satellites orbiting in space can help us fight climate change? Q&A with UK ESA astronaut Tim Peake – live from the COP26 (Monday 8 November 2021). 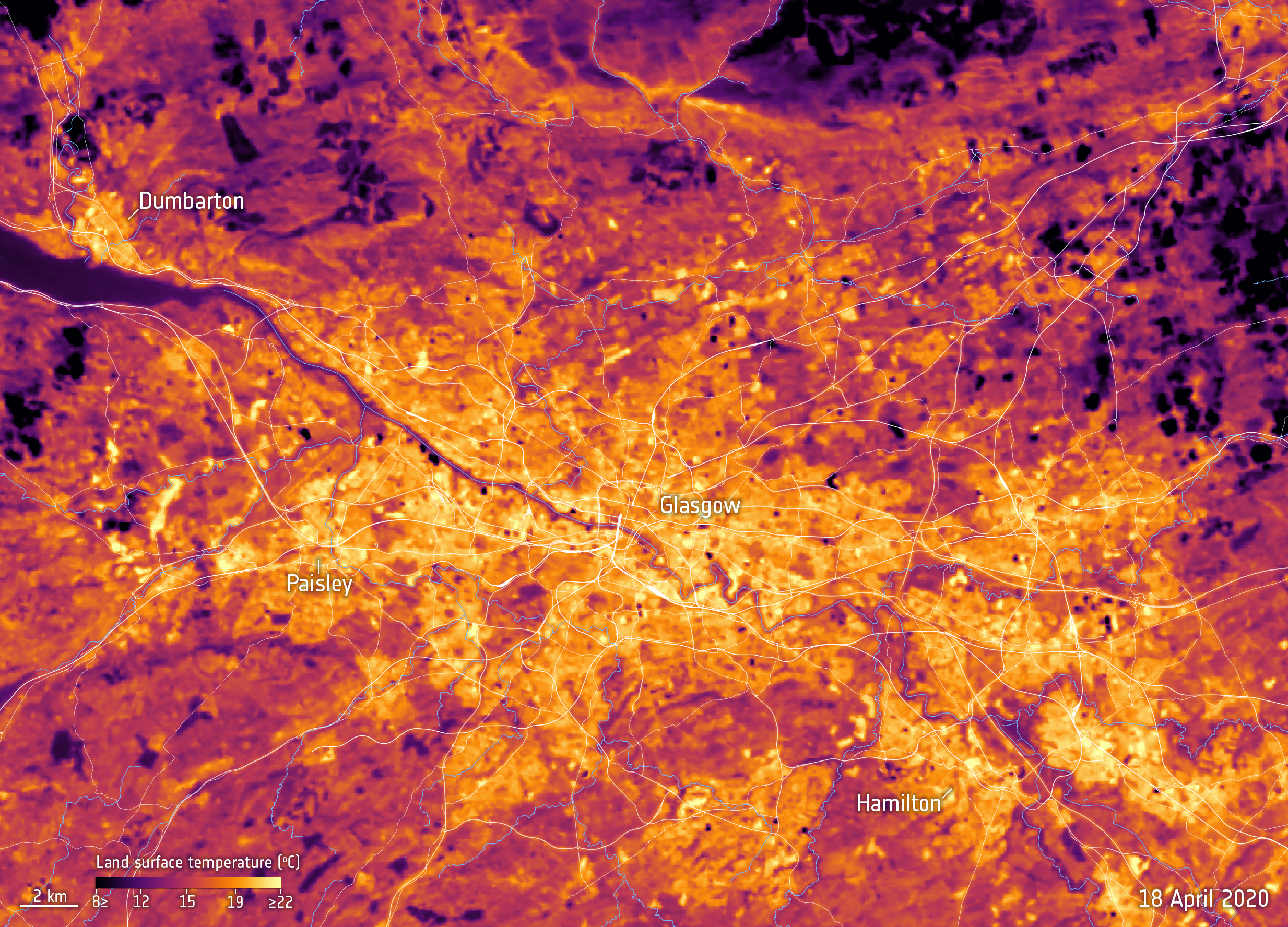