NCEO researchers at King’s College London, including members of Leverhulme Wildfires, successfully carried out an airborne campaign last month – ‘SwathSense 2021’ – with the aim of improving the way land surface temperature is measured.

Land surface temperature (LST) can be very different to air temperature and is a key parameter related to many Earth system processes, for example the evaporation and transpiration of water from the land into the atmosphere.  LST measurements made over time are also able to act as a key climate change indicator, and LST measurements from satellites are considered an Essential Climate Variable (ECV) to measure.

LST can be estimated remotely using satellite-based instruments working in the thermal infrared (TIR) region of the electromagnetic spectrum. However, remote sensing satellites operating in low Earth orbit are typically relatively limited in how often they can measure the LST of the same point on the Earth’s surface, especially at scales suitable for estimating evapotranspiration in individual fields for example. This low temporal resolution impacts the usefulness of the data, for example in terms of supporting the use of irrigation when crops start to show water stress.

One way of increasing the number of measurement opportunities is to take measurements with a wider swath instrument, but this typically means that locations viewed at the edge of the swath are being observed at quite high view zenith angles. Such observation geometries can lead to changes in the apparent LST measured, and the same is also true of measurements of surface reflectance made with satellite instruments operating in the visible to shortwave infrared region of the electromagnetic spectrum.

SwathSense 2021 has been funded by the European Space Agency (ESA) and NASA primarily to investigate the impact of view zenith angle on remotely sensed LST and surface reflectance measures.  The ultimate hope is that if this impact can be ascertained then space agencies will know up to what view zenith angle high spatial resolution instruments measuring these parameters might be able to be designed to view best at, and also that post-processing adjustments for the effect of off-nadir viewing might be derivable.

The ESA component of SwathSense 2021 is led by the King’s College London component of the National Centre for Earth Observation (NCEO), based in KCL’s Department of Geography, whilst the NASA component is led by the NASA Jet Propulsion Laboratory who are providing the Hyperspectal Thermal Emission Imaging Spectrometer (HyTES).  HyTES is being flown around parts of the UK onboard a NERC aircraft operated by British Antarctic Survey, alongside NCEO’s remote sensing instruments whose data are being processed by NERC’s Earth Observation Data Acquisition and Analysis Service (NEODAAS). A significant amount of ground-based data collection accompanies each flight – including UAV imaging and tower-based LST and ET measures. 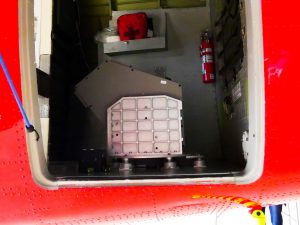 SPECIM FENIX-1K is a commercial airborne hyperspectral imager owned and operated by NCEO-KCL. It looks at a different portion of the electromagnetic spectrum from HyTES. It covers the visible to the short-wave infrared (380 – 2500 nm) region of the electromagnetic spectrum, and therefore can be used to provide surface reflectance measurements at a similar spatial resolution to the HyTES pixel size. Photo: Adriana Ford, KCL 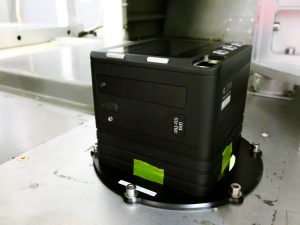 PhaseOne is a 100MP digital RGB camera also owned by NCEO-King’s. It collects very high spatial resolution RGB images used to help interpret the data collected by the other two instruments. Each pixel of the image is a few tens of cm across from the typical flying height of 1 km. Photo: Adriana Ford, KCL 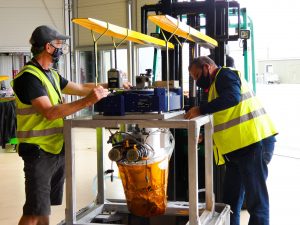 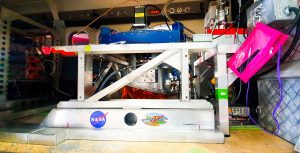 HyTES (Hyperspectral Thermal Emission Spectrometer) is a hyperspectral imager designed, constructed and operated by NASA/JPL capable of collecting data in the thermal infrared spectral region (7.5 – 12 μm) in 256 spectral bands. It is this instrument which will be used to calculate LST at a spatial resolution (pixel size) of around 2m from the flying height of 1km. Photos: Top – Hytes being prepared for installation (Adriana Ford), Bottom – Hytes successfully installed in aircraft (Martin Wooster)

The University of Milan are also key partners on the project, and a separate aircraft is collecting somewhat similar remotely sensed data in Spain where summer LSTs are typically far warmer than in the UK. During the campaign a bonfire will be lit at Rothamsted whilst the aircraft flies over, so that the instruments can be tested for their response to these types of high-temperature target. A campaign focused on forest fires is in the planning stages for 2022.

At the same time as SwathSense 2021, additional overflights of targets identified as likely emitters of the air pollutant ammonia are being conducted in order to aid the possible future development of satellites that might provide information on these emissions from space.

A special thank you goes out to our late colleague James Johnson, who was instrumental in making this 2021 campaign successful, including the engineering work he led in 2019 to fit HyTES to the BAS aircraft. 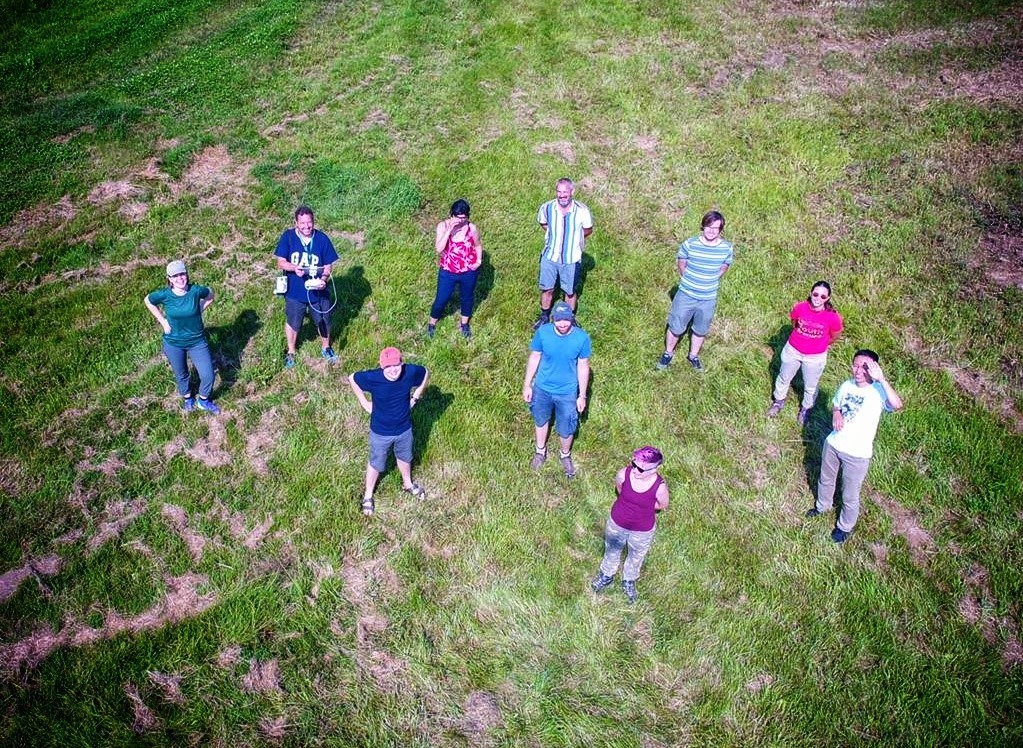