UK forests could store almost double the amount of carbon than previous calculations suggest, with consequences for our understanding of carbon stocks and humanity’s response to climate change, according to a new study from the University College London (UCL).

For the study, published today in the journal Ecological Solutions and Evidence, the international team of scientists used a novel 3D scanning technique and analysis to assess the amount of aboveground biomass (AGB) – used to derive carbon storage – of 815 trees in a UK woodland. The team found that their results were 77% higher than previous estimates (410 t ha-1 of biomass vs 232 t ha-1).

The authors say that their study could have implications for the role of forests in tackling climate change, with the potential underestimation of forest carbon stocks having both positive and negative consequences for climate policy.

“Forests currently act as a carbon sink in the UK. However, whilst our finding that the carbon storage capacity of typical UK woodland could be nearly double what we previously thought might seem like a purely positive outcome, in practice this means that for every ha of woodland lost, we’re potentially losing almost twice the carbon sink capacity we thought.

“This has serious implications for our understanding of the benefits of protecting trees in terms of climate mitigation – and deforestation and afforestation targets more broadly.”

The study was a collaboration between researchers from UCL, the National Centre for Earth Observation, the Universities of Ghent, Oxford and Tampere, the National Physical Laboratory, and Sylvera. To establish their findings, the team undertook 3D terrestrial laser scanning (TLS) analysis in a 1.4 ha section of Wytham Woods in Oxfordshire. TLS is a remote sensing technique whereby millions of laser pulses are emitted to capture the environment and structures of trees in the woodland in 3D.

They used statistical modelling to calculate the mass and volume of the trees, and subsequently the carbon storage capacity of the area, and compared this to the findings of previous models.

The authors say that their study brings into question the certainty of estimates of forest carbon storage across the UK, particularly for the largest and most carbon-heavy trees, which are currently based on widely used models that estimate tree mass from the trunk diameter. It is likely that previous studies have been greatly underestimating forest biomass across the UK.

“It’s vital that we’re able to reduce uncertainty in forest carbon estimates, given that land use, and forest protection and restoration in particular, constitute a quarter of countries’ current commitments to their Paris Agreement targets.”

Currently, the UK’s biomass stock reporting to the Food and Agriculture Organization of the UN is based on these allometric models, which the authors say have very likely resulted in significant under-reporting. 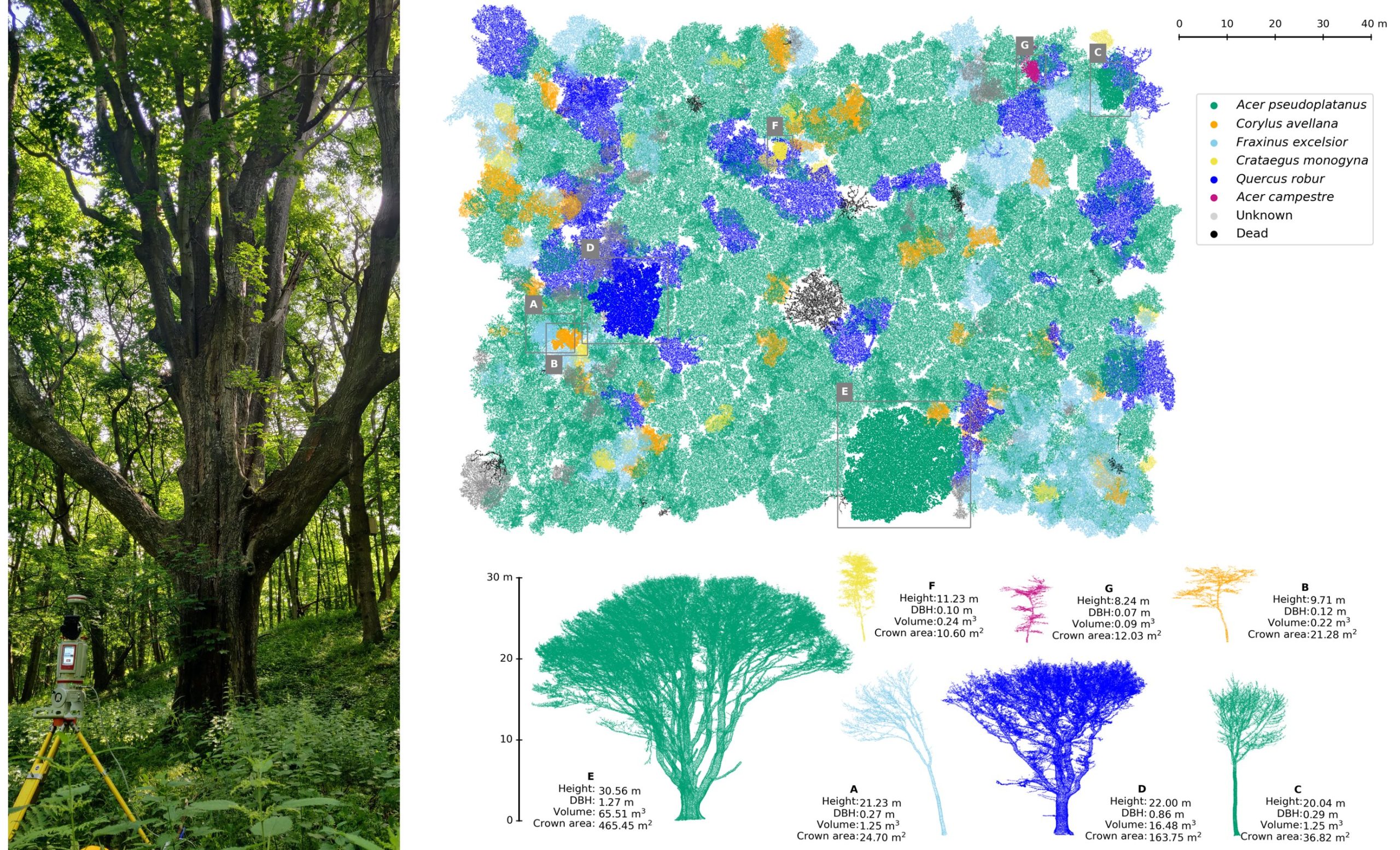