MicroCarb arrives in UK ahead of 2024 space launch

MicroCarb, a joint British–French satellite dedicated to monitoring atmospheric carbon dioxide — the main greenhouse gas responsible for climate change — has arrived in the UK where the assembly, integration and testing will be completed.

MicroCarb, a mission between the UK Space Agency and the French space agency, CNES, will be the first European satellite dedicated to measuring atmospheric CO2 across the world — the main greenhouse gas caused by human activity. The satellite will be a timely contribution to tracking progress with reducing greenhouse gas emissions as required by the Paris Agreement. 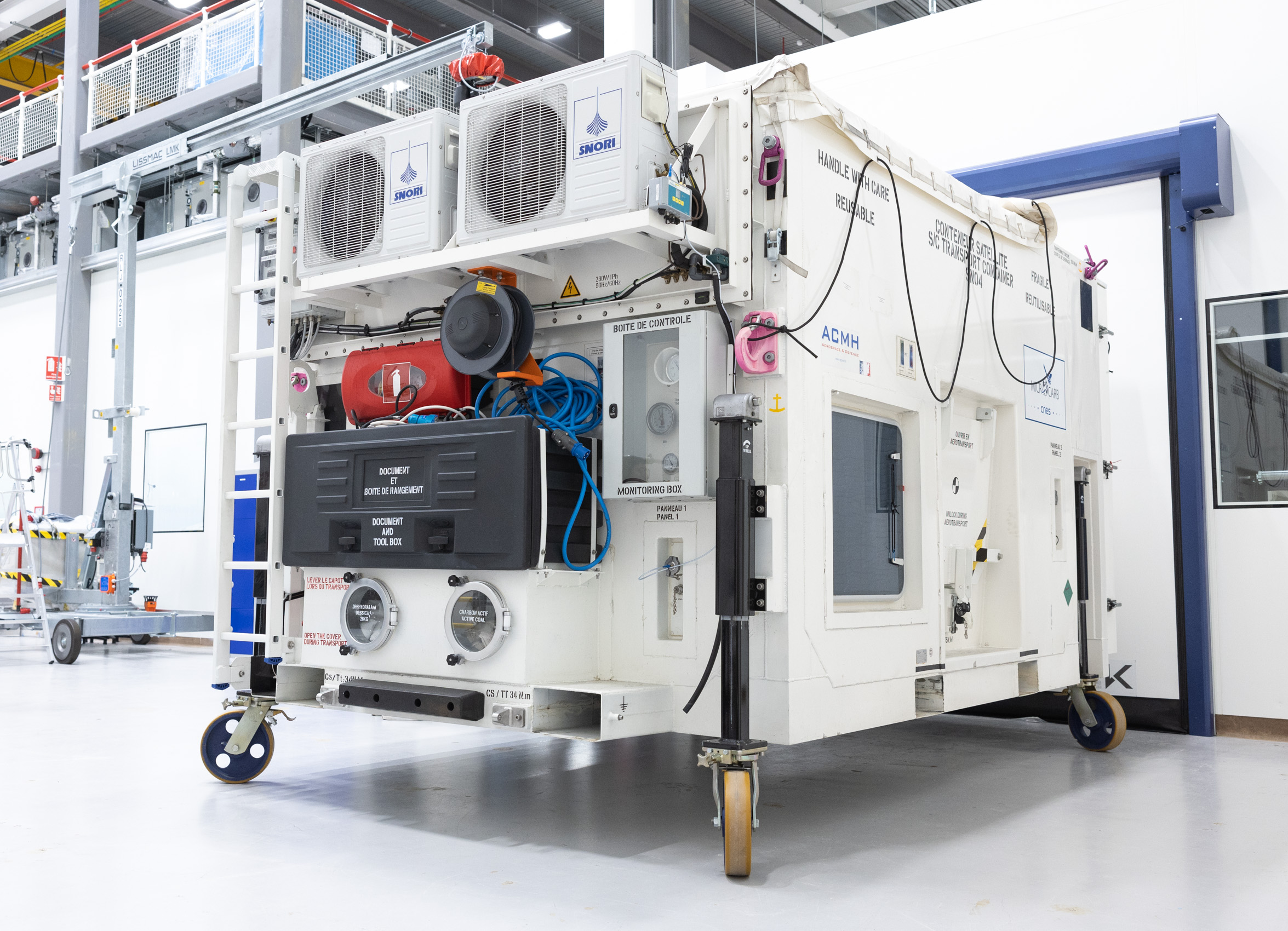 Due to launch in 2024, the instrument was built by Airbus France, with pre-flight calibration and validation conducted by the National Physical Laboratory (NPL) before it arrived in the UK. Thales Alenia Space will complete the satellite assembly, integration and testing at the Science and Technology Facility Council’s RAL Space test facilities at the Harwell Space Cluster, Oxfordshire.

Dr Paul Bate, Chief Executive of the UK Space Agency, said:
Over half of the critical measurements on climate change rely on satellite data and the information from MicroCarb will be hugely important. Having more accurate knowledge of how much carbon the world’s forests and oceans absorb will provide the reliable information needed to take decisions on tackling climate change.

MicroCarb’s data will contribute to global efforts to quantify how much carbon is being emitted by natural processes and how much by human activities. This information will help inform decisions on tackling climate change. The UK Space Agency has invested £13.9 million in the mission.

MicroCarb is the first European mission designed to map sources of carbon dioxide (CO2) concentrations on a global and city scale. It will be able to model where concentrations of CO2 are coming from and where they are going to i.e. where CO2 is emitted and where it is taken up by the world’s forests and oceans.

Professor Paul Palmer, UK Lead MicroCarb Scientist and NCEO Science Director based at the University of Edinburgh, said:
“Data from MicroCarb will play a crucial role in extending our current ability to verify reductions in global and national emissions of CO2 in response to the demands of the Paris Agreement.

“Cities are home to half of the world’s population and are therefore at the forefront of the global challenge to reduce emissions of GHGs. The city-scan observing mode of MicroCarb, which can map out atmospheric CO2 over cities the size of London and Paris, will provide new information to help cities implement strategies that support sustainable urban development.”

The NPL is providing critical pre-launch calibration and validation hardware together with metrological input into the product quality. This calibration is key to the success of the mission and precision and trust in the GHG data the satellite will send back.

Experts from the National Centre for Earth Observation (NCEO), at the universities of Leicester and Edinburgh, will help develop the core data products and translate observations of atmospheric CO2 into maps that show carbon sources and sinks.

Dr Robert Parker, NCEO Research Fellow and MicroCarb Mission Advisory Group Member, said:
“As we edge closer to exceeding the 1.5°C warming target from the Paris Agreement, we cannot afford to emit CO2 at the levels we currently are. The solution is to reduce emissions to achieve Net Zero and MicroCarb will play a crucial role in monitoring the success of these reductions.”

MicroCarb will monitor Earth’s atmospheric CO2 from space with extreme precision and detect the changes associated with surface emissions and uptake across the world from our cities, forests and oceans. An important feature of the satellite is its special city-scanning observing mode that will allow us to map the CO2 distribution across cities to constrain emissions from cities which are responsible for the majority of global emissions. 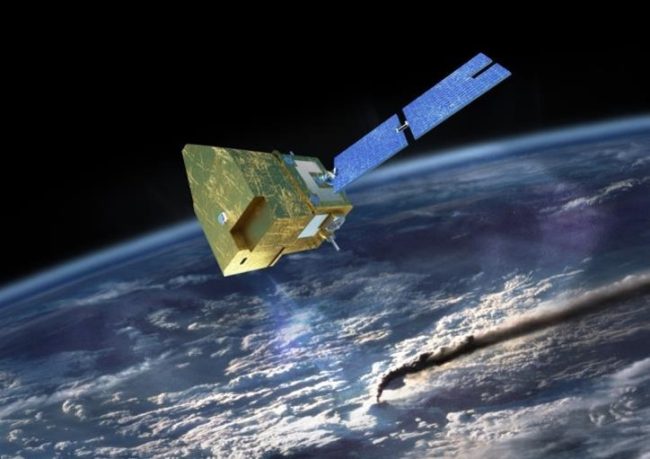 The work will fundamentally improve current understanding of the carbon cycle and help pave the way towards a measurement verification system to monitor carbon emissions from human activities and natural processes. The UK experts are part of NCEO, a UKRI-NERC research centre that provides the UK with world-leading, national capability in Earth Observation data for climate and environmental change. Professor Paul Palmer is the UK and NCEO Lead. 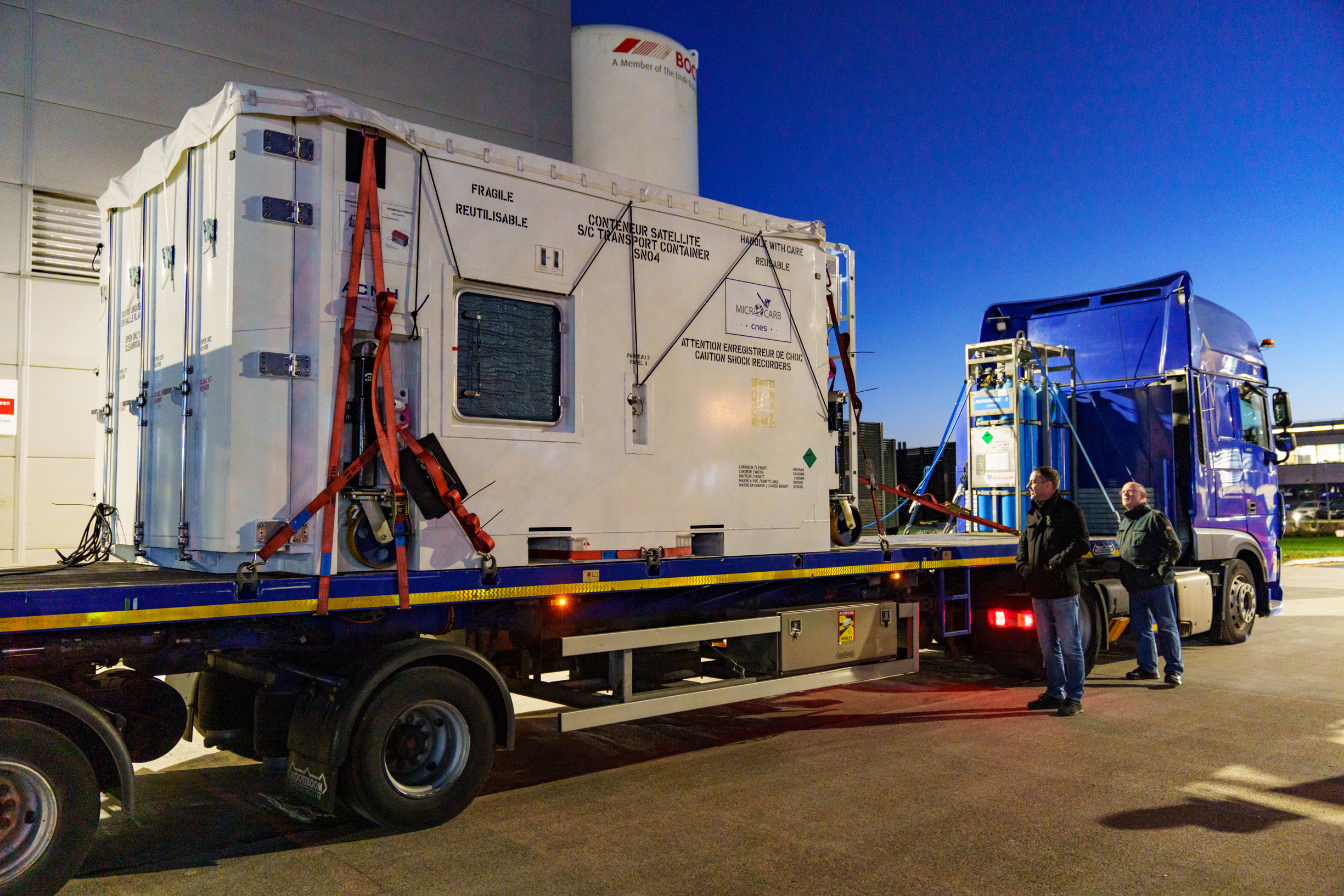